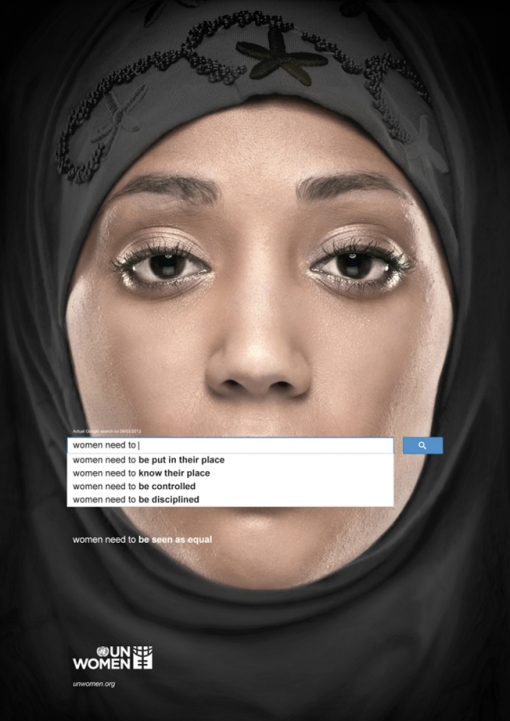 What is the most shared item on adweek.com of 2013?

If you’ve been on Facebook, Twitter, or at this point, not living under a rock, then you have probably seen the latest campaign from Memac Ogilvy & Mather Dubai for UN Women. “Auto-Complete Truth” exposes a scary reality on how women are perceived, and ultimately treated, throughout different areas around the globe.

Yesterday Pippa Seichrist, Co-Founder and President of Miami Ad School, heard from Kareem, a 2009 grad and the copywriter involved in the project that has been featured on many websites including Time, Glamour, AdWeek, Ads of the World, Dailymail and tweeted by the likes of Katie Couric and Chelsea Clinton:

Hi Pippa!
I hope this message finds you well. Greetings from Dubai.

Although it’s been 4 years since I graduated from MAS, I’ll always cherish fond memories of my time there and you and Ron.

Wanted to share some proud news with you about a campaign I created recently that’s been exploding virally across the web. I thought you might like to see it. It is a women’s rights awareness idea for United Nation Women. It’s inspired by autocomplete searches on Google, but it’s aim is much larger – to spark a conversation/debate on Gender Equality in today’s modern world – where do women stand today?

We’ve been lucky to be covered in major publications across the world. Hope to make you guys proud this coming Award season, thanks again for a great learning experience.

Kareem
(that kid from Kuwait)

Congrats Kareem – we can’t wait to hear more about it come awards season!