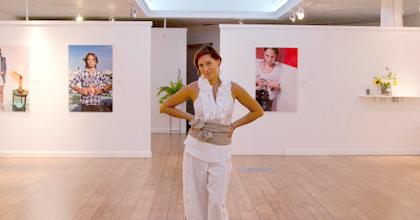 From Photographer to Film Producer: An Artist’s Journey

Digital Photography & Video graduate Silvia Mazabel on her graduate exhibition, and where she’s gone from there.

Pippa Seichrist: Where are you from?

Silvia Mazabel: I was born in Colombia but raised in Barcelona. Now I’m living in paradise—Miami.

PS: What were you doing before you came to Miami Ad School?

SM: As soon as I finished my degree in Digital Design at Idep Barcelona, I traveled around a bit and—after a lot of thinking—decided that I was going to study my heart’s desire—photography. I looked into School of Visual Arts, but New York just didn’t feel right. Also, I didn’t want to dive into yet another four years of school. I wanted something more practical and real, something I could sink my teeth into. 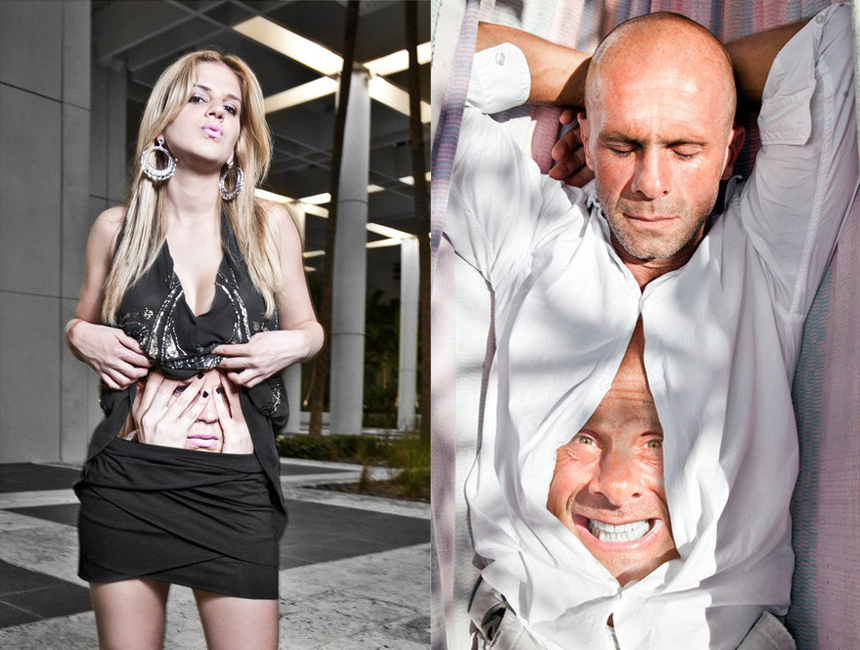 PS: Why did you choose Miami Ad School?

SM: I had always wanted to live close to the sea and surrounded by nature, so I moved to Miami. I got right on with what I wanted to do with a photography internship on South Beach. It wasn’t long before I was introduced to a photographer that needed assistants for a big commercial job. I was ecstatic! Finally, some real world experience! I worked with him for almost a month, and it was he that suggested I take some time and study photography at Miami Ad School. I applied immediately. It has been one of the most rewarding decisions of my career. I will always be grateful to the school and my teachers. They helped mold me into the artist I am today.

PS: What was the most important thing you learned in school?

SM: To always push myself to be better, more creative, more original and stay fresh. Even when I think I can’t do it. And, as Ron [Seichrist, Founder & Global Director, Miami Ad School] always says, if you’re on time, you’re already late!

PS: The work you produced for your final show was amazing. So unexpected. What made you come up with that idea?

SM: Honestly, it was a result of being coached and pushed beyond my limits. It was my last quarter, I had a part-time job and a lot of work to do. I felt overwhelmed. I wanted to make this project great, but I thought I didn’t have enough time. I was at the point of quitting, thinking I’d just try again next quarter. But, in the end, that would have been even tougher. 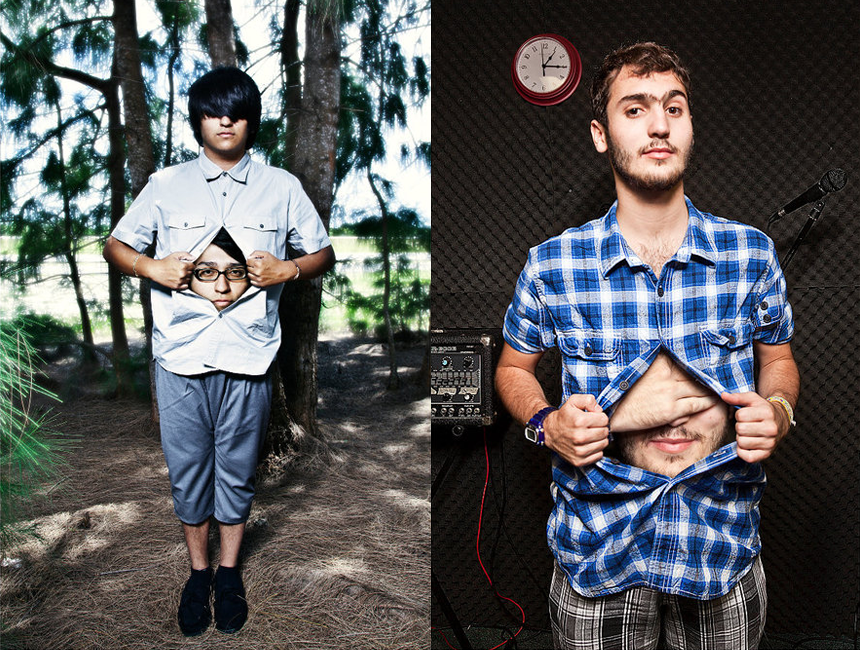 Junior, Digital Designer; Observer of Details | Bryan, Scientist & Musician; A Mine to Be Explored

It was Darryl Strawser, who was the most wonderful teacher I’ve ever had, that turned me around. He had been battling ALS for many years at that point, and the effects of the disease presented daunting day-to-day challenges. To help me put things in their proper perspective, Darryl explained precisely how long it took for him to get ready so he could get out and accomplish his goals—essentially live his life—each and every day.

And, suddenly, I had no excuses left.

He encouraged me to stick it out and to come up with an idea that was simple, yet original. I set about exploring with pencil and paper, ending up with the concept that became “Deep Inside.” The concept developed naturally from the visual idea: Each portrait was to be an image of the face the subject presents to the world and the true self concealed within.

I dove right in, without overthinking things. I posted ads on Facebook looking for intriguing models. I needed to meet real people and take their pictures, but I also had to get to know them—and quickly—for the portraits to have integrity. Then, while I was printing the project, I was able to find an exhibit location and secure some sponsors. It all came together in the end, but it would have been impossible without a lot of help that seemed to come along just when I needed it.

PS: What is your favorite kind of work to shoot?

SM: For me, the subject of a shoot doesn’t really matter. I like to work with a team and have everyone on the same page. When we’re organized, then we can create work that is exceptional. Even if it’s just a conventional product shoot, I like to meet the client beforehand so I can get a sense of what the product and the brand are about. I always want to be fully prepared. When I shoot, I can concentrate on bringing the image to life. I can create work which allows viewers to participate in the conceptual process and make their own interpretations. 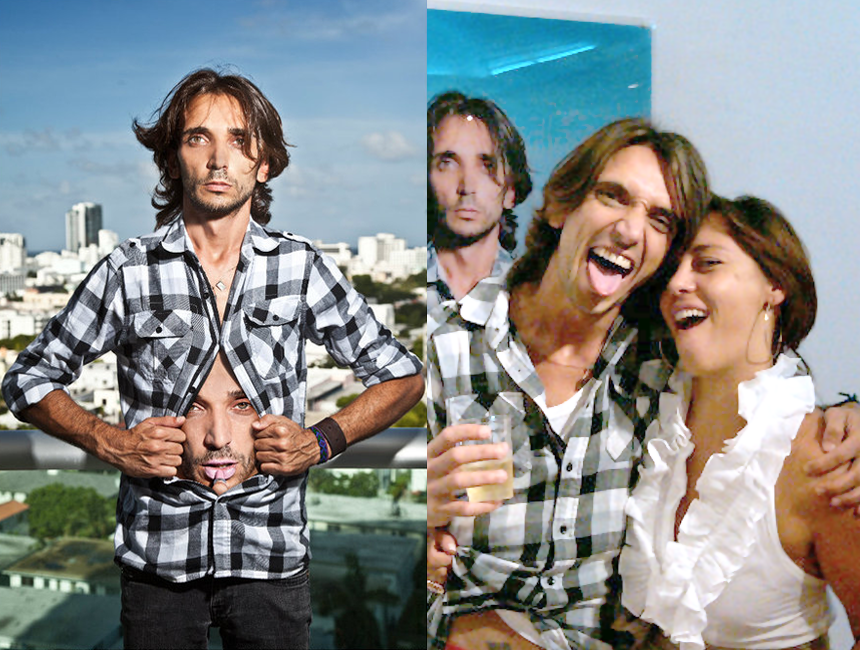 PS: You have a lot going on now. You’ve gotten married, had a little one and started a production company with your director husband. Phew!

SM: My husband was one of the subjects of “Deep Inside.” We were just friends at the time. Eventually I had a couple more shows and he came to both of them. Things developed from there and now we’re married! And now we have a one-year-old baby angel.

After we got married, we decided to get really serious and created Blue Banana Productions. And, it turns out we’re a good match! He’s great with clients as well as writing, recording, directing and producing. I’m in charge of organization and project management, creating schedules, setting up locations and, of course, photography. We’re developing as a company and growing as we “walk the walk” every single day. We work with a host of collaborators in Mexico and Miami who are part of our team. Through my husband’s awesome networking skills, we have a list of loyal clients and more than enough work to keep us busy. We’re happy to say that we can provide for our family with a career we love.

Blue Banana’s big news is our short film “ Island Dreams.” It was selected for screening at the 69th Festival de Cannes this past May and was very well received. We will be showing the film on the festival circuit throughout the rest of the year. We’re also working on a couple of feature-length film projects for 2017.

PS: Your love of photography is obvious. With a demands of running a business—and your family life—do you still have time to shoot?

SM: I don’t think I could ever stop shooting, even if it’s just for fun. Given my life at the moment, I haven’t been able to shoot as much as I would like to, but that’s okay; I have a couple of great clients I work with every month. I do covers and editorial spreads for Doral Magazine and shoot for FYI, a yacht company that always needs great photos of their mega-dollar inventory. I also cover their events and we produce sales videos for them as well. 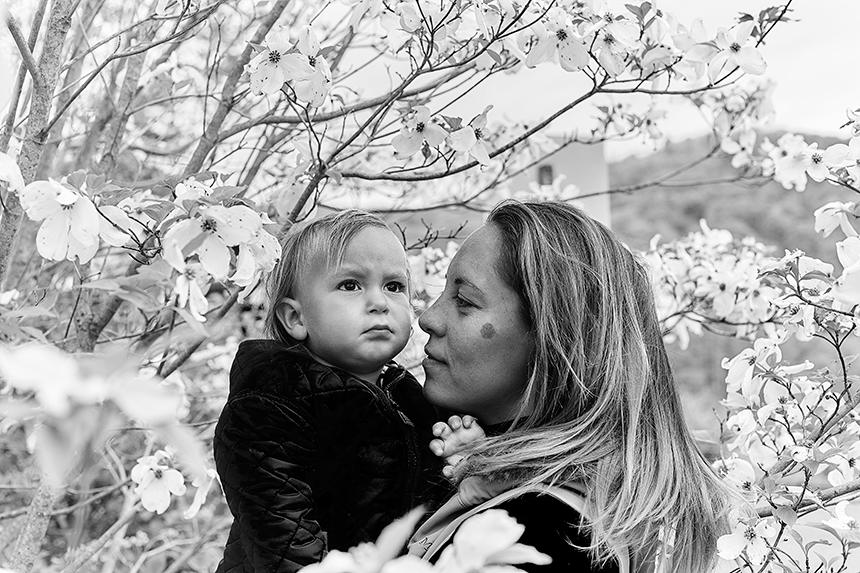 Silvia and her baby boy.

Right now, spending as much time as possible with my baby before he suddenly becomes a grown-up is definitely a priority. Sometimes, it’s as if I can actually see him growing!

Photographers craft images we love to share. Start your career behind the camera. Apply now.