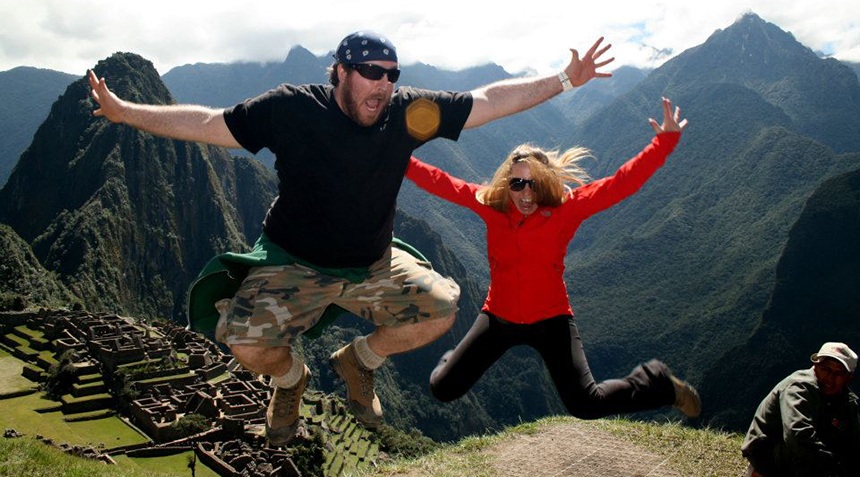 Copywriting: The Craziest Creative Writing Job There Is

Students often wonder what it’s like to be a copywriter. It’s hard to describe because the career is pretty unbelievable. Writers get to do some pretty crazy things as part of their normal day. Miami Ad School Co-Founder, Pippa Seichrist, recently caught up with graduate Matthew Weiner in Chicago to get the latest on the his new Super Bowl commercial for Lexus and the crazy stuff he gets up to in the course of just doing his very creative writing job.

Pippa Seichrist: Kicking things off, here’s one question I love to ask—What’s the most ridiculous thing you’ve done as part of your job?

Matthew Weiner: This one is a toss-up, but they’re similar stories though. My team and I had pitched a concept that involved an image of a dinosaur being used. It was a silly concept that didn’t require a lot of investment and had very little risk involved. If it hit, it would be a huge hit. If it missed, no one would know about it. Well, the client asked us to put together a presentation about the use of dinosaurs in marketing and pop culture. They wanted to see competitive research, including the ROI—return on investment—on using dinosaurs. We did the work and they approved the idea. It ended up being the best performing Facebook post of the year for the brand. A year later, we had a concept that involved bacon… It was the same story all the way around. It was frustrating and but also hilarious. I got paid to do research on dinosaurs and bacon. I love my job.

PS: What was one project you’ve worked on made your friends jealous?

MW: My non-advertising friends tend to get jealous over the celebrity-driven work. I had a “hot pass” for a NASCAR race once (which is basically all-access) and I got to meet a bunch of the drivers. That got some friends riled up. Otherwise, some of my Spalding work has caused some jealousy. I shot around with Damien Lillard (of the Portland Trailblazers) in-between takes. I’m not good at basketball, but I’m really not good when I play next to him.

“I had studied advertising in college and knew that I wanted a job in the field but I didn’t know the path, so I asked a creative director. She said, ‘If you want to get a good job in advertising, you have to go to Miami Ad School.’ I applied two days later.”

PS: Is there one really gross thing you’ve had to do in the course of being a copywriter?

MW: Funny that you should ask that. Well, early on in my career, we were pitching a TV spot to the chief marketing officer of a major brand. I really had no business being in the room with him at that point, since I was the most junior of junior writers, but there I was. So, I went for broke. We presented a script that called for a kid to burp the ABC’s. As you discover in this business, the more passion you put into your sell, the more likely you are to succeed so, when the script called for burping, I burped. I took a few sips of club soda and let it rip. I only got to about D or E before the CMO asked me to stop. But guess what? We sold the spot.

PS: As a copywriter have you done anything that helped make the world better?

MW: I have. I was fortunate enough to work on a local arm of UNICEF’s The Tap Project. We ran a program called Tips for Tap where we had musicians donate their tips to the cause and we put on a benefit concert to raise money. This was in Seattle, which has a really rich music background, so the talent was incredible and we raised a lot of money for a great cause.

I also got to work on a global initiative with Johnnie Walker that discouraged drinking and driving. It’s always nice when we get to use our powers for good.

PS: Who is the most famous person you’ve worked with?

MW: That would be Black Panther, the superhero. I recently did a Super Bowl spot for Lexus in partnership with Marvel. The star of the ad was Chadwick Boseman as Black Panther. Based on the reviews and pre-sales for the movie, I can’t imagine he won’t end up being the most (globally) famous person I’ve worked with. Also, that has to be the coolest because I got to work with a real-life superhero.

PS: What project have you been most excited to tell your mom about?

MW: All of them. I’ve won the “Abbey Weiner’s Favorite Ad Award” every year since I started in this business. She loves everything I do, but she brags to her friends the most about the Super Bowl ads.

PS: Can you list every media form you’ve written for?

PS: How was writing a show at The Second City?

MW: It was incredible. I had gone through the writing program at Second City and my final was basically to put on a show. We had a four-week, sold out run. I learned so much about character development and humor in my year studying there. Those two things help fuel so much of what I do in my creative writing job. Plus, as a writer who lived in Chicago, it would have been a huge miss to not study at The Second City.

PS: If you could pick anything to work on, what would it be?

MW: It would be anything that puts me in a room with Neil Patrick Harris. I feel like him and I would become great friends so I need a foot in the door. I loved “How I Met Your Mother” but I love magic even more and he’s a very accomplished magician. The mix of magic and humor is probably what we’d discuss over some water that turned into wine as he poured it from a pitcher at The Magic Castle in Hollywood. That, or the Yankees.

PS: Have you ever worked with a dog?

MW: No, but I worked with a cat and a few lobsters.

PS: Have you made up a voice for a loaf of bread?

MW: No, but I’m in the middle of a project right now in which we’re personifying a jar of ranch dressing and a collection of other dipping sauces.

PS: Have you ever worked with a supermodel?

MW: No, but Miss Canada 2014 was in a whiskey commercial that I made recently.

PS: What job did you have before you came to Miami Ad School?

MW: Immediately before I started at MAS, I was an account executive at a radio station group in Albany, NY. In other words, I was a sales guy. It was fun for a couple of years but it became a bit monotonous for me. Run numbers, make cold calls, collect checks, repeat.

PS: How did you hear about Miami Ad School?

MW: I met a creative director from Saatchi Saatchi NY at a barbecue. She was telling me about how she came up with “The Softer Side of Sears” and I thought it was so impressive. I had studied advertising in college and knew that I wanted a job in the field but I didn’t know the path, so I asked. She said, “If you want to get a good job in advertising, you have to go to Miami Ad School.” I applied two days later.

PS: Any advice for current students looking to become Copywriters?

MW: Yes. You may have the most incredible lexicon on earth and be a master of punctuation, but if you can’t connect with someone, you can’t sell them anything. Keep it simple. All of the best work has a simple concept that’s brought to life in a simple way.

Also, this business can be stressful. It can wear on you. There’s a lot of long nights and weekends. But it’s so worth it. You could be doing someone’s taxes instead. Yuck. Always remember that this job can bring you to places you never would have seen, put you in rooms with people you would never have met, and teach you things about yourself that you would never have known.

What adventures will you have? Start off your creative career today. Learn how to apply.

@miamiadschoolmumbai
Ideas are like gold, mine them, refine them and ma

What's in an AD? Is it the client brief, brand la

Meet Miti Desai the creative head and founder of M